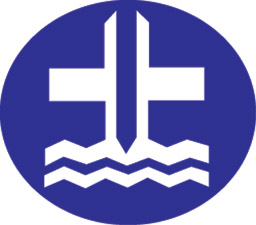 The story of KGS Logo

When and Who won this competition for the symbol


Description of the Logo

The logo consists of the Chinese character“土”, translating to“soil”, engraved within a blue circle. The blue circle is used to symbolize the blue Earth that we inhabit, and the hollow“土”character engraved into the Earth symbolizes the underground spaces. Moreover, each stroke within the“土”character was designed in a way to represent the field of Geotechnical engineering. The upper horizontal stroke signifies the ground level, the lower horizontal strokes signifies both the water levels and the movement of vibrations within the earth, and the vertical stroke represents Geotechnical engineering practices such as piles and boreholes.

Initially, the letters KSGE (Korean Society of Geotechnical Engineering) were written into the upper horizontal stroke within the“土”character in order to represent the society’s participation in tandem with other international geotechnical societies. However, as of the 11th June 1991, the title of KSGE was changed to KGS (Korean Geotechnical Society), and as a result, the letters‘KSGE’were removed and the logo has remained unchanged since.
Top